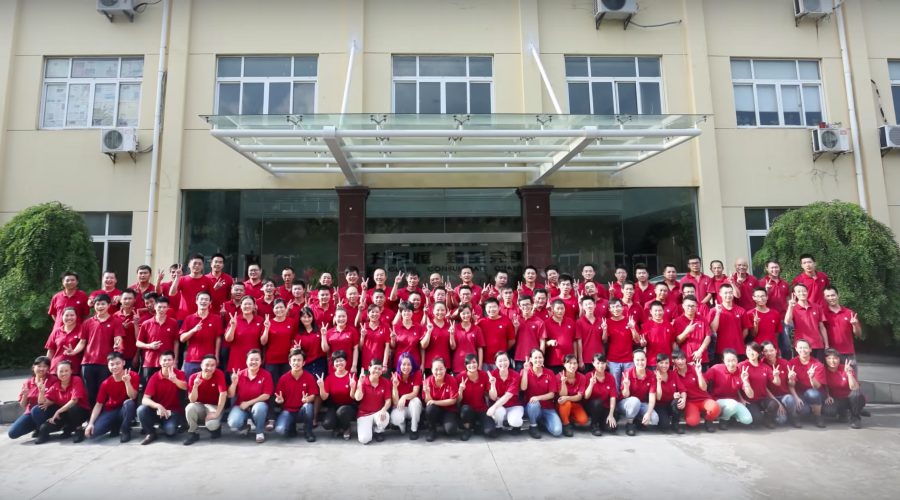 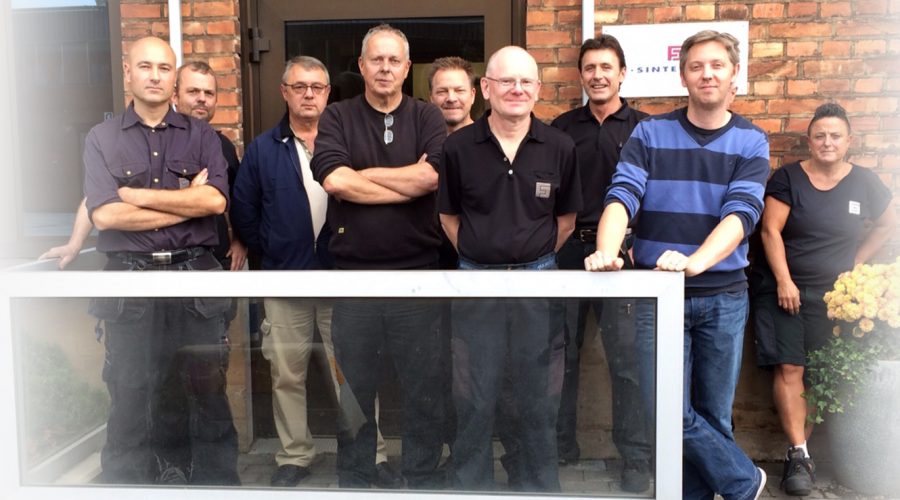 FJ Industries was founded in 1943. We are a global supplier of powder metal  and cast, machined metal components. Our customers are the automotive, industrial and pharmaceutical industries.

FJ Industries is a privately owned company with headquarters in Denmark. We have production plants in Denmark, Sweden and China.

1943
The company was founded by Bech Riisager and Einer Christensen and they primarily manufactured horseshoes with the help of eccentric presses built by themselves. At the time, the company’s name is Ferritslev Hesteskofabrik I/S.
1946
The company name is changed to Ferritslev Jernvarefabrik I/S, and the first buildings on the existing Danish plant location are built.
1948
The production of horseshoes is gradually phased out and the company now manufactures overhead power wire brackets and harrow teeth.
1958
Ferritslev Jernvarefabrik I/S is turned into a limited company.
1961
The hot galvanizing department becomes an independent business unit.
1970
The production area in the hot galvanizing department is enlarged to cover the growing demand for such items as lattice pylons. The production of silencer flanges and welding flanges takes shape.
1986
The powder metallurgy department is established and after major investments, the company is ready to meet the challenges of the future with the latest technology.
1999
The powder metallurgy and stamped items departments are accredited in accordance with ISO 9001.
2002
Ferritslev Jernvarefabrik A/S changes name to FJ Industries A/S. A new 1400 m2 furnace facility is built for the sintering department. Surface treatment activities are merged with Herning Galvanizing A/S, and Dansk Overflade Teknik A/S is created. The names FJ Sintermetal and FJ Steel are launched as business areas of FJ Industries A/S.
2005
The business area FJ Automotive is established in order to strengthen our position as a significant supplier to manufacturers of exhaust systems and related automotive parts.
2006
FJ Industries establishes its own representative office in Ningbo, China as part of the company’s continued expansion.
2007
FJ Industries takes over sinter metal production in Huskvarna, Sweden with 25 employees from the VSM Group. FJ Industries establishes own production facilities in Ningbo – machining of cast parts.
2008
Sinter metal production commences in the Ningbo facilities, and the shift of the production of stamped flanges to China begins.
2010
The production units in Sweden and China are certified in accordance with ISO 9001:2008. Today, FJ Industries has more than 30,000 m2 production premises at its disposal.
2013
The water tight sealing between FJ Sintermetal and FJ Automotive is definitively dissolved and the two separate sales organizations are merged into one. New management is taking over with a strategy of changing the company from a technology focused production company into a customer focused global subcontractor of metal parts within our core business areas of sintermetal, stamping, casting and machining.
2014
We have now passed TS 16949 readiness reviews on all 3 plants and we expect to go through the final certification procedure end of first quarter 2015.
2015
All 3 plants DK, SE and CN are TS 16949 certified respectively in March, May and October.
2016
The company is growing substantially in both Denmark and China. Additional CNC machining capacity is added in China. More than 205 people are employed by the company in Denmark, China and Sweden.