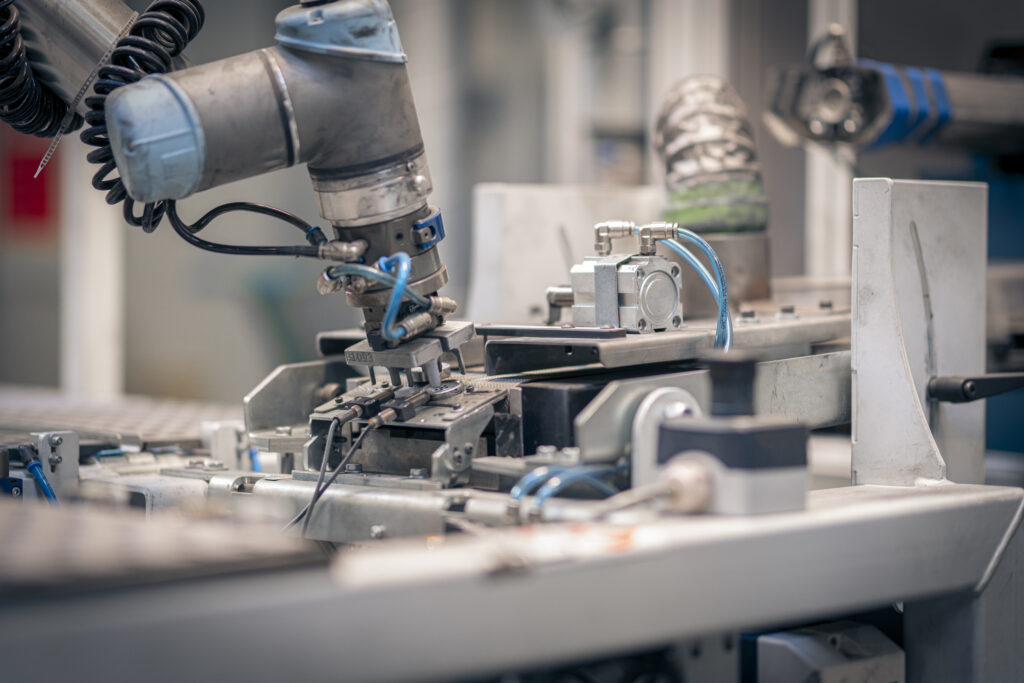 When one of our customers experienced serious problems about the existing die-cast zink parts, we teamed up to find a better solution based on sintered metal.

Actuators are found in an increasing number of end products, so the R&D departments of actuator manufacturers are constantly at work, testing new variants for new applications. When putting otherwise well-proven materials to new tasks, they may not always be fit for the challenge.  One of our customers discovered this when developing a new actuator for a very specific use.

The die-cast zink component, which had worked perfectly in other settings, suddenly showed signs of weakness when put under new kinds of dynamic stress. So, the developers turned to us to see if a better solution could be designed with sintered metal. It was a narrowly defined task since the component had to fit into the existing construction. No adjustments were possible, only a 100% fit and 100% performance would do.

A senior engineer at our client company says:

“Right from the beginning of the project we were in a constructive co-operation, where FJ Industries clearly understood that we needed a turnkey solution, which could be adapted directly to the existing construction. At the same time, we were met with a great deal of honesty regarding the possibilities and potential problems.”

We constructed the necessary tools and began producing prototypes and soon the development team could determine that the sintered components had exactly the properties required. Therefore, it was decided to go into full-scale production of the component which, as an additional benefit, meant a cost reduction per unit manufactured.

Frank Hemmingsen, Key Account Manager at FJ Industries, explains: “Due to the fact that we needed to copy the component 1:1, we were facing many challenges to overcome, one of the major ones is the fact that sintered components often have no draft angels, and therefore it actually made the tooling extremely complicated to manufacture and to produce in.”

The engineer concludes that “the co-operation helped solve the relatively tied assignment of producing a stronger component through a process that could be adapted directly to the existing product”.

Why actuator manufacturers can benefit

Actuators are typically driven by a gear motor or servomotor for determining velocity and position. FJ Industries manufactures sintered components for actuators that are part of rotating gear/planetary gears and piston rod/cylinder devices.

Sintered components come with several benefits, which make them attractive to manufacturers of linear, electric and mechanical actuators: