It is hard work to become a supplier to the international automotive industry. FJ Industries have built a position as a respected producer of components in cast, machined, and sintered metal, and that has been possible through our persistent work with quality assurance.

Why our in-house tool department benefits the customer

At FJ Industries we have always prioritzed having a well-staffed and well-equipped tool department under our own roof. In-house tool-making is one of the reasons we remain highly competitive and is a preferred supplier to many customers.

Why many companies are choosing powder metal components

“If you need the best metal components, go for machined parts.” Conventional wisdom has been telling us this for centuries, but it’s time to think again: The sintering method is developing and has now become so sophisticated that the advantages are hard to overlook.

When buiyng a car, you can choose from a huge selection of different brands and models. The range of shapes, colors, engine sizes, additional equipment, etc. allows anyone to find the perfect car to suit their needs. Car manufacturers have different approaches to designing and constructing cars, but they all have one thing in common: The cars’ components must, unconditionally, be of the highest quality – and so must the uniformity of the components.

Cold or warm compaction – what is the best choice?

The process of manufacturing sintered metal components consists of three steps: 1) Mixing the metal powders to the right blend, 2) compacting the powder to a ‘green body’ and finally 3) sintering the green body to give it the desired properties. Certain components may need some processing afterwards, but the three steps are common for all sintered metal parts.

Powder metallurgy vs. investment casting – what are the differences?

FJ Industries is the link between expert Chinese foundries and the automotive industry. This has been the case for many years now and remains so despite the turmoil on the raw goods and shipping markets over the last couple of years.

Sand Casting vs. Investment Casting – what are the differences?

Casting vs. forging – what are the differences? 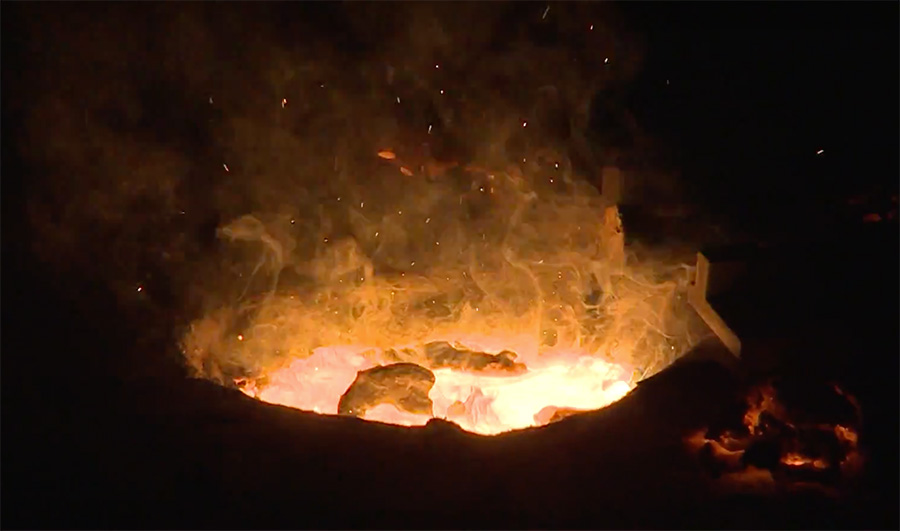 At FJ Industries we produce metal components for a wide range of customers with varying requirements. Some choose casted components while others prefer forged parts, depending on the required properties, complexity and size of the component in question.

First, let’s define casting and forging. Casting is what happens when you pour molten metal into a mould and let it cool and solidify; after this process the unit will have a shape very close to the finished product. Forging is the process of working with the metal in its solid form, using pressure or hammering tools to give it the intended shape.

The two processing methods of course each have their certain characteristics and advantages, and we have listed some of the more significant differences between casting and forging below.

This casting method, also known as lost wax casting or precision casting, begins by producing a wax pattern with the exact same shape as the finished product. This takes place in a metal mould. The cast wax pattern is mounted on a so-called pattern tree and then dipped into a ceramic slurry which produces a hard shell around the pattern. The wax is then heated and removed from the ceramic mould which can now be used for casting of the steel units. The finished steel units are cut off from the pattern tree for further processing. Note that investment casting is for steel, not iron.

This casting method involves covering a pattern with a layer of sand and resin binder. This layer creates a hard shell which is used as the mould for casting the steel or iron units. The mould is supported during the casting process to keep the required tolerances. Afterwards the shell is removed from the unit which is now ready for further processing. Both iron and steel can be cast with this method.

A pattern in wood or metal is used to make an imprint in sand, and the form created this way is then used as the mould for casting the units. After casting the sand is removed from the units which are now ready for further processing. Both iron and steel can be cast with this method.

During this process the heated steel is shaped, but without using tool especially designed for the task. The shaping is primarily done by hammer or hydraulic presses. This process can be used for many purposes, from small to very large units.

A special tool is designed to forge the units. The raw material is typically heated, placed in the tool and then pressed into the desired shape. Afterwards the unit is ready for further processing.

What is the best processing method for you?

At FJ Industries we have decades of experience manufacturing metal parts for various industries. Our specialists are happy to share their expertise, so contact us to find the right solution for your component.